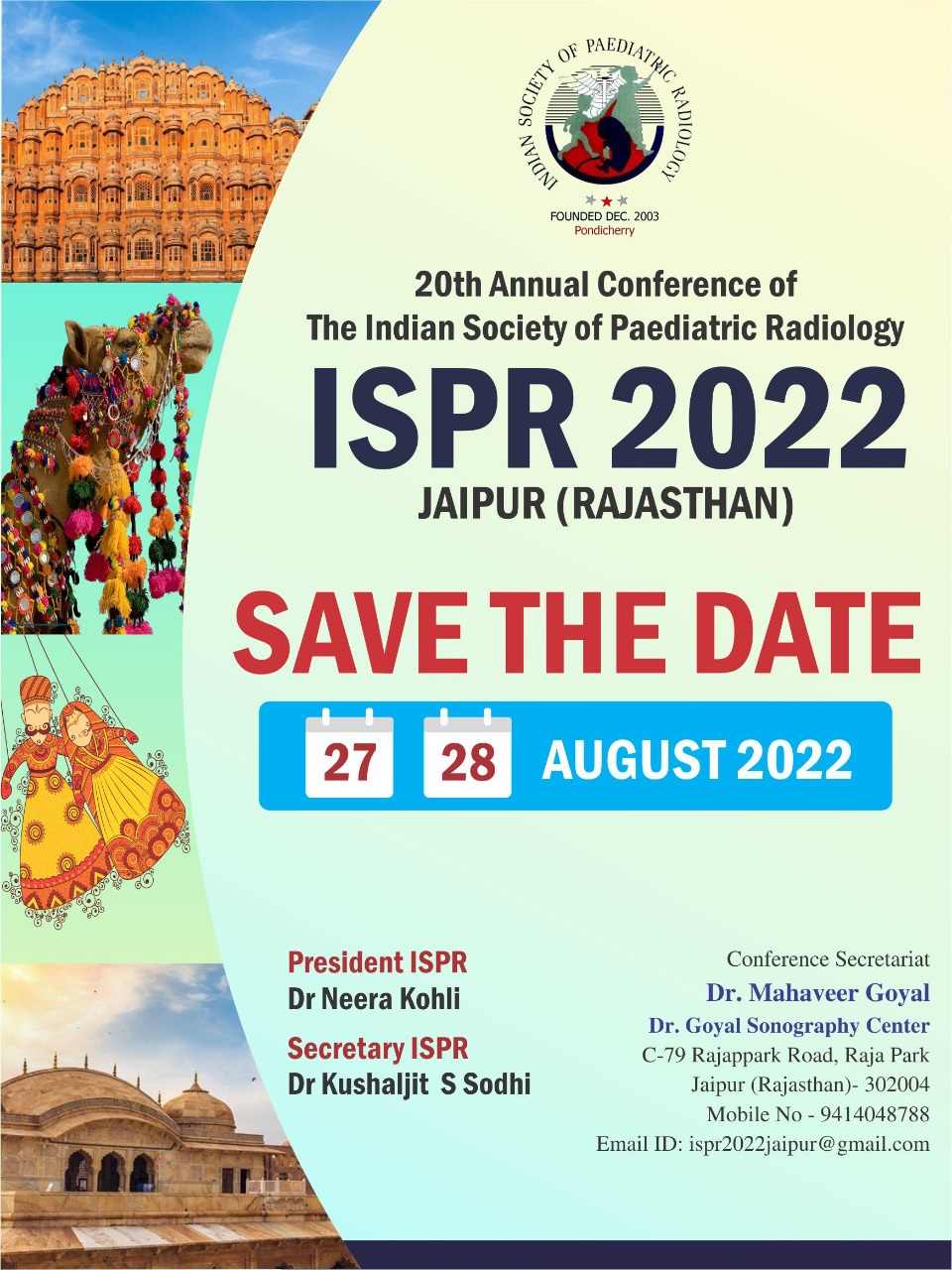 The Indian Society of Paediatric Radiology (ISPR) was constituted to encourage and advance the knowledge and study of Paediatric Radiology in India since the vast knowledge of medical science needs to look at children and their medical problems in a different perspective. Diseases of children are completely different from adults including the anatomical make up of children differs from that of adults. India being the second most populous country in the world has a considerable paediatric age group population.

The society was formed so that dedicated paediatric radiologists can help, teach and promulgate the knowledge of this discipline to young and upcoming radiologists and help bridge the gap of such radiologists in our institutions which have a lack of specialized radioliogists. It is a non-profitable organization for the promotion of paediatric radiology in India and abroad to assist Government and Non-governmental agencies in all matters pertaining to paediatric radiology & medical diagnostic imaging, to encourage scientific work as well as to promote interaction among members of ISPR and allied specialists.

We hold one Mid-term National CME and one National Conference a year.
We publish an E-Newsletter twice a year for all our members.
We interact with other societies in India & in the world such as WFPI (World Federation of Paediatric Imaging) and AOSPR (Asian & Oceanic Society for Paediatric Radiology).
We have a dedicated team of office bearers with ISPR who help to carry the flag of ISPR forward.

Since GCS remained poor, she was intubated and shifted for MRI Brain with Contrast
Provisional Diagnosis: Status Epilepticus with encephalopathy with shock with raised intracranial pressures

WHAT IS YOUR DIAGNOSIS ?